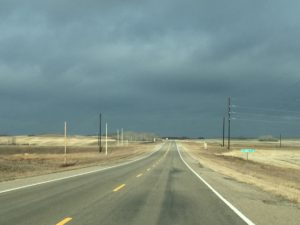 So, here we are home again after a 5 week performance tour of the prairies…from Manitoba to Alberta…from Calgary to Fort McMurray to Saskatoon to Winnipeg and many other towns in between.

We also led approximately 25 ukulele workshops! We actually lost count as some schools had us present multiple workshops to all of their students.

The house concerts were organized by the Winnipeg based Home Routes. Home Routes has over 15 two to three week tours in most areas of Canada and book over 75 Canadian folk artists. The idea of a house concert tour emanated from Mitch Podolak, the guy who started the Winnipeg Folk Festival, the Vancouver Folk Festival, The Stan Fest in Nova Scotia and countless other community folk based programmes across Canada. A brilliant man.

We did find that touring across the Canadian prairies in February to be a bit daunting! Who would have thought it! Two to three shows a day plus workshops: moving equipment twice as many times, being hosted by some every nice folks and not having a lot of down time, the temperature rarely above -15C. But the venues were all great and we truely enjoyed ourselves.

Within three days of returning home, we flew to Brisbane Australia for Wendy’s daughter’s wedding to an Aussi. Then we had two weeks touring the Brisbane area including the Gold Coast and the Sunshine Coast. IT WAS FABULOUS!!! 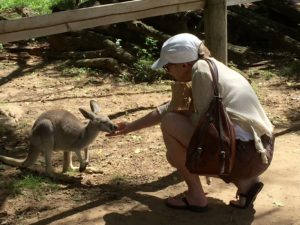 The weather was excellent (20C – 30C) (above zero!!). Beautiful beaches, wonderful food, excellent lodgings, wonderful folks. And soooo much folk music! It surprised us that most cafes, restaurants and bars had acoustic musicians playing every evening. There were always buskers everywhere. Some with quite complex backup…drum tracks, loopers, effects…and some just guitar and voice.

The only music we played was the song I wrote for Sarah and Sunny’s wedding, “We Can Hear Your Music”. It was truly a holiday.

But now we’re back. And exhausted! Molly the dog is back home. We’re eating what we want to eat. We have a few gigs coming up and we’re happy.

Be sure to check out our up-coming shows for both the Celtic Rathskallions and Moore & McGregor. We’d love to see you at one of our shows.