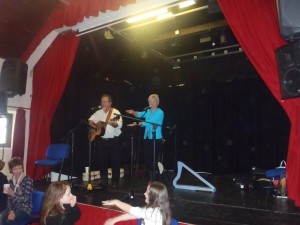 After a late night and a very welcomed extra hours sleep due to the time change, we said goodbye to our hosts Roseanne and Pat and made our way back to the Honey Fitz theatre for a morning performance.  The area church is right next to the theatre so we gave a post-service performance where the community was also invited and everyone mingled and had tea and brack (raisin cake).

We made a stop just past the theatre at historic Lough Gur, a lake with a legend of an ancient buried city being drowned under the water.  It is an area where there has been habitation for over 8,000 years.  We were allowed an early tour of the small museum at the visitors centre and then took an hour long walk around the lake and up on the surrounding hills.  Beautiful. 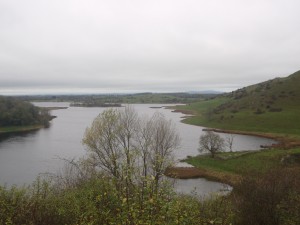 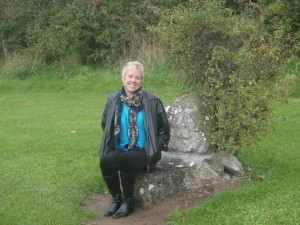 Starting our drive south, the rain started, and we eventually took a late lunch break in the town of Lismore, Co. Waterford. 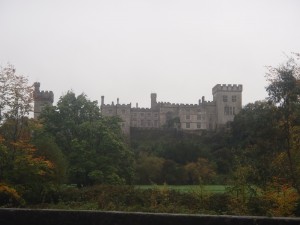 A delightful homemade lunch in a small cafe where the women who owned it were very friendly and suggested that if we were heading to Dungarvan, a lovely town on the sea, to see about staying at the Lawlor Hotel right downtown and overlooking the harbour.  There was indeed ‘room at the Inn’ and we settled in,  soon afterwards, managing an apparently much needed 3 hour nap!

A post nap tea time and an evening walk about the town and the harbour before having a fine dinner at our hotel restaurant.  Another walk about town afterwards checking the pubs for traditional music but none that we could find.  There certainly was a lot of entertaining Halloween costumes and pub activity though and soon we returned for a nightcap in our hotel pub. 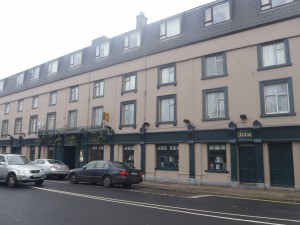 Tomorrow brings a full day off of performances (only 2 during the entire tour much to Arthur’s horror :-).